Reposted with some edits from May 2009

During a visit Zak I fell into discussions about deeper issues as we worked. The practice of Buddhism is a frequent topic when we get together. As practiced by most Westerners Buddhism is a discipline, rather than a religion, since there is no worship and no affirmation of a deity. 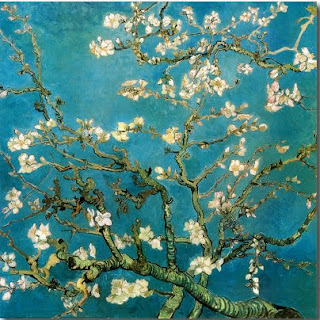 And, in fact this is apparently exactly what the Buddha in mind. He was not concerned with religion or the hereafter. When some of his students came to him, saying they were leaving because he had not told them what happened after death, he asked, "Did I ever say I would address the question of the hereafter?"

"No, Master, you did not," they answered.

"No," he replied. "I only said I would teach you to deal with suffering, and it is suffering that leads you to worry about the hereafter."

As I see it (and I am no scholar) my practice of Buddhism serves to discipline body and mind, encourages me to live a useful life, and helps as I struggle to grasp the nature of reality. By the time you are in your late 60s and have lost grandparents, parents, aunts and uncles, children, siblings, cousins, friends, co-workers and colleagues you begin to realize that we are all temporary manifestations of energy in an unending dance of cosmic energy. We wink in and out like lightening bugs on a summer night.

When I grasped the nature of reality, and accepted the nature of birth and death I found a visceral sense of being at one with the universe. I think that is what is referred to as enlightenment. It's not some sanctified state of bliss, or any kind of holiness. It is knowing to your core that this is the moment you have now, and with it you build your life as a carpenter builds a house with wood and a box of nails. It is the knowledge that we create our own reality. We find (and we see) what we look for.

You can fret over past hurts, wrongs and anxieties or worry about what tragedy may come tomorrow. You can spend your time struggling to control others or in amassing things which mean nothing. When you bang your life together with greed, selfishness or resentment the character you build is as plain to the onlooker as is a house thrown together by a disinterested carpenter. The character of the craftsman is revealed by the work. Even a simple house is beautiful when crafted with care.

I've come to feel that the more you attempt to explain the peace that comes with living in the moment the less understandable it is. You cannot absorb it from someone else, buy it or attach yourself to it. You can only learn it by practicing it. You practice by attending to the moment, and by letting go of your expectations that it is someone else's responsibility to provide you with happiness. You practice it by bringing your thoughts back to the now and living in the moment at hand with discipline and responsibility.